Climb aboard our fully custom Pirate Jeep and begin your pirate adventure into the true history of the Golden era of Piracy in Nassau, Bahamas. Captain Whitebeard and his crew will drive you to 15 must see Nassau Landmarks that played an important role in Pirate History and the formation of The Bahamas as we enjoy it today. Learn about The Bahamas history and how the island of Nassau was a safe haven to the worlds most infamous pirates such as BlackBeard! If you are looking for a family friendly Nassau Sightseeing tour, than look no further because Captain Whitebeard and his crew are ready to take you on an adventure filled with laugher, information and fun!

ARRR you ready for a Pirate Adventure?!

Paradise Island is an island in the Bahamas formerly known as Hog Island. The island, with an area of 685 acres, is located just off the shore of the city of Nassau, which is itself located on the northern edge of the island of New Providence. It is best known for the sprawling resort Atlantis with its extensive water park rides, pools, beach, restaurants, walk-in aquarium and casinos.

The Queen's Staircase, commonly referred to as the 66 steps, is a major landmark that is located in the Fort Fincastle Historic Complex in Nassau. It was hewn out of solid limestone rock by slaves between 1793 and 1794 and it is said that it provided a direct route from Fort Fincastle to Nassau City. These steps were later named in honour of Queen Victoria, who reigned in Britain for 64 years from 1837 to 1901.

This Fort was constructed of cut limestone c. 1793 and strategically placed atop Bennet’s Hill to protect historic Nassau town and its harbour; it was built under the governorship of John Murray, also called Viscount Fincastle, in the shape of a paddle-wheel steamer.

A beacon of hope and light sits on the top of a hill in Nassau, Bahamas. St. Andrew’s Presbyterian Kirk is a church with a rich history and tradition. It was established in 1810 to bring the rites and traditions of the Church of Scotland to Scottish immigrants—some of whom were “loyalists” banished to the Bahamas following the American Revolution nearly 30 years earlier. But the picturesque, inviting structure houses a congregation that looks very different today than it once did.

Government House, located on a 10 acre estate, stands on Mount Fitzwilliam and is the official residence of the Governor General of The Bahamas. It dates back to 1801 and this imposing pink and white building on Duke Street is an excellent example of the mingling of Bahamian-British and American Colonial architecture.

Graycliff is more than a hotel, it’s an experience. Dating back to the 18th century, this beautiful colonial mansion is rumored to have been built by the pirate Captain John Howard Graysmith. Throughout its illustrious history the hotel has played host to many of the world’s luminaries, including the Duke and Duchess of Windsor, Sir Winston Churchill, Aristotle Onassis, and The Beatles. Today, Graycliff is one of the most unique hotels in The Bahamas, with charming accommodations, exceptional amenities, and award-winning dining.

Located in the historic Villa Doyle in downtown Nassau, the Gallery consists of four unique spaces filled with historical pieces that immerse visitors in The Bahamas’ past and inspiring modern art. Interactive workshops and hands-on activities let visitors create their own masterpieces, and children’s programming makes the Gallery a family-friendly destination that’s perfect for all ages.

Is the oldest Roman Catholic Church in the Commonwealth of The Bahamas.
The cornerstone of St. Francis Xavier Cathedral on West & West Hill Streets in Nassau, was laid in 1885 under the supervision of the resident priest, Father John O'Keefe. The church was consecrated by the Archbishop of New York Michael A. Corrigan in 1887.

What would a pirate tour be without.... RUM!

John Watling’s Distillery home to John Watling's famous rums, the “Spirit of The Bahamas” offers complimentary tours at its home, the Buena Vista Estate, in Downtown Nassau. The historic Estate, founded in 1789 and overlooking the harbour, is the site where Bahamians hand-craft John Watling's small-batch rums.

If you have time to visit only one fort, see Fort Charlotte, the largest one on New Providence at 100 acres. Located one mile west of downtown Nassau, just off West Bay Street, it sits on a hill overlooking the far west end of the harbour, commanding an impressive view of Paradise Island, Nassau, and the harbour.

Built in 1788 by Lord Dunmore, the fort was named after the wife of King George III, Queen Saharia Charlotte. The middle bastion, Ft. Stanley and the western portion, Fort D'Arcy were added later. The fort has a moat, dungeons, underground passageways, and 42 cannons, which have never been fired in an act of aggression.

Arawak Cay offers the authentic atmosphere of the Bahamian Fish Fry with vendors selling made to order conch salad, fried fish and other Bahamian dishes. Known locally as “The Fish Fry,” Arawak Cay dates back to 1969, when Nassau Harbour was dredged. The sand taken from the harbour was used to build Arawak Cay, and since that time, the restaurants of this iconic area have served traditional Bahamian fare to millions of locals and visitors alike.

This beach is world famous for its fabulous sand and crystal waters and for the myriad upscale resorts that line it. A few miles west of Nassau is Cable Beach, covering two and one-half miles of fabulous beach with five first-class or luxury resorts, a golf course, nightlife, and the largest casino in The Islands Of The Bahamas. Today, it's the ultimate playground for fun in the sun. There are all the usual water sports and activities and plenty of space for sunbathing.

Nassau’s caves were created by the sea, millions of years ago. The area that is now the caves was originally at sea level, and ocean waves gradually wore away the softer parts of the sedimentary rock, leaving what are now large hollows. The Lucayans, the original inhabitants of The Bahamas, used the caves for various purposes, including food storage and to protect themselves during hurricanes. These caves are now home to fruit bats. If you are lucky, you may even get to see one!

Rawson Square located in downtown Nassau, is the gateway to the city for cruise-ship passengers. It was named for Sir Rawson W. Rawson who was Governor of The Bahamas during the late 1860s. In the middle of the square is a bronze bust of Sir Milo Butler, the first Bahamian Governor General in an independent Bahamas. A fountain in the square was named for Sir Stafford Sands, the first Bahamian Minister of Tourism.

Arrr you ready for a Pirate Jeep Adventure? 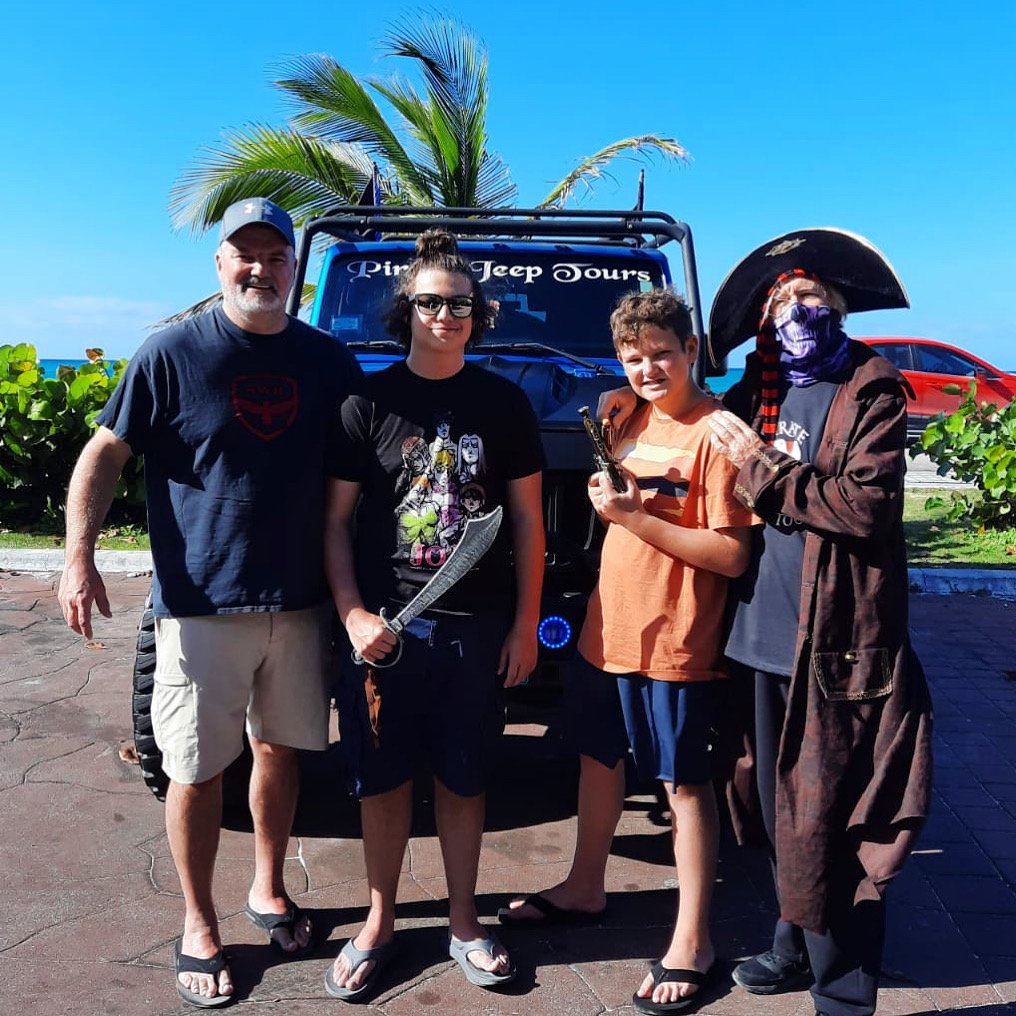 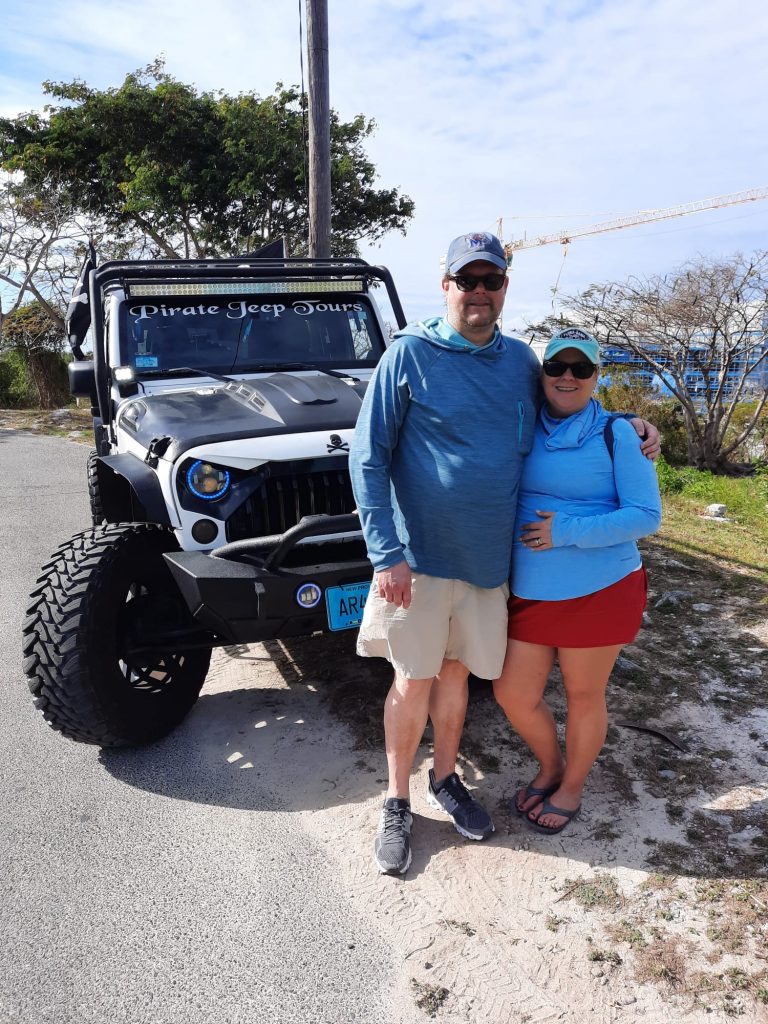 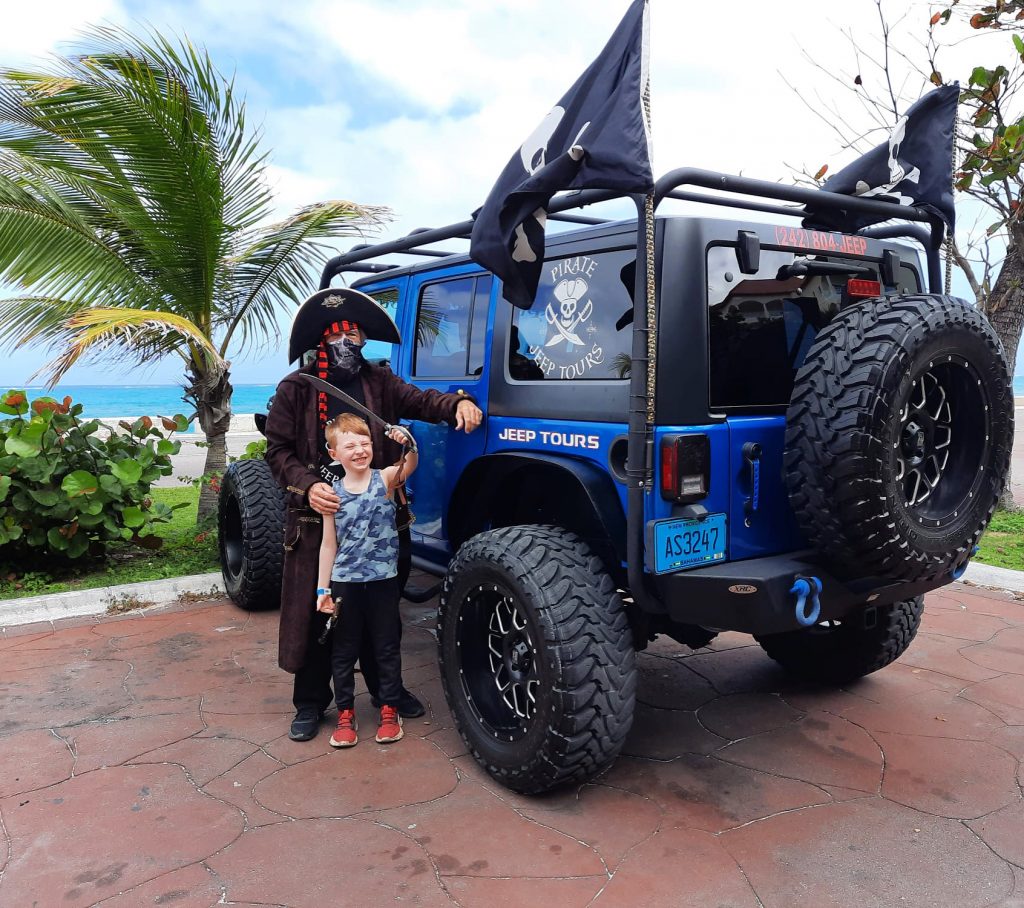 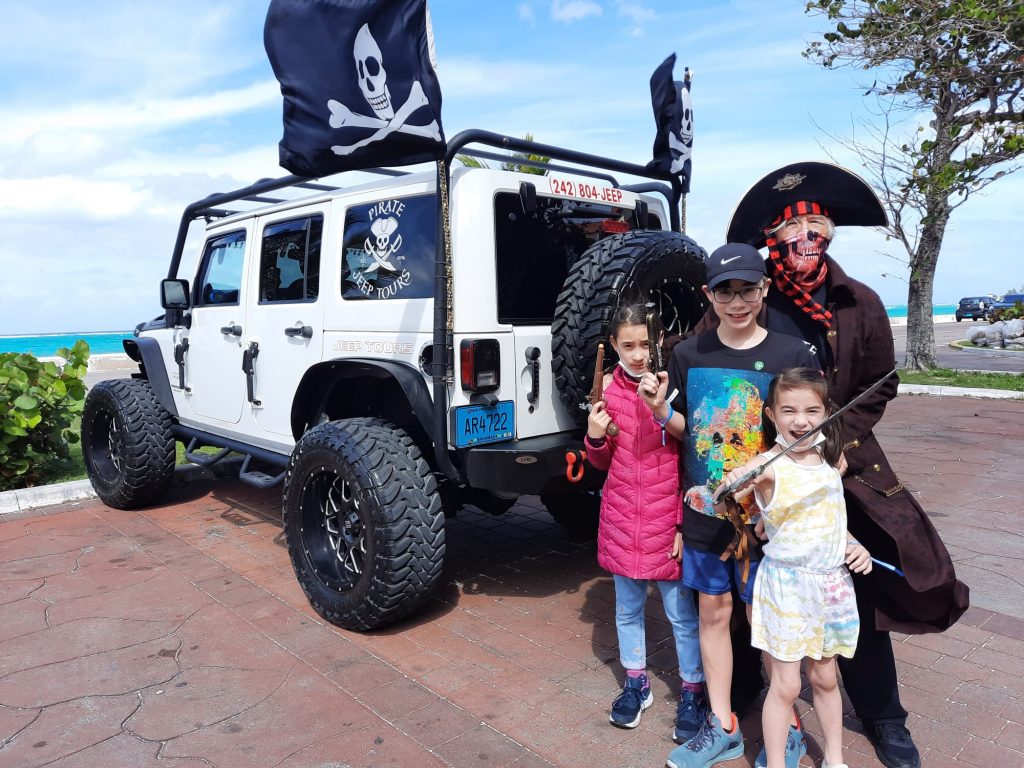 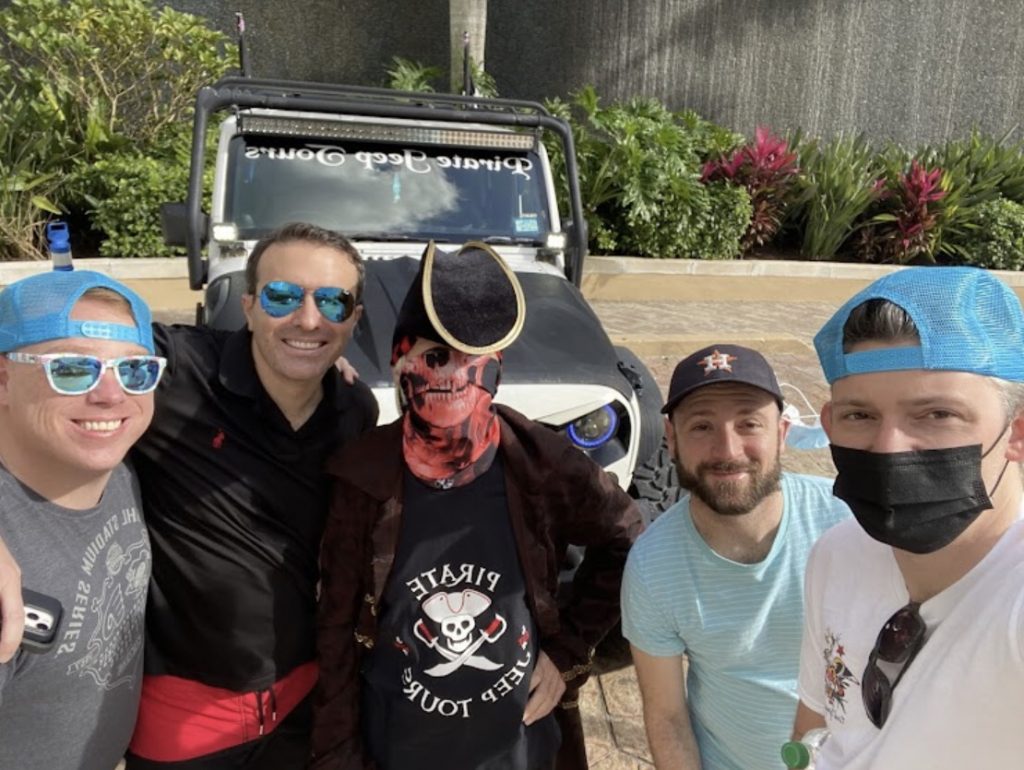 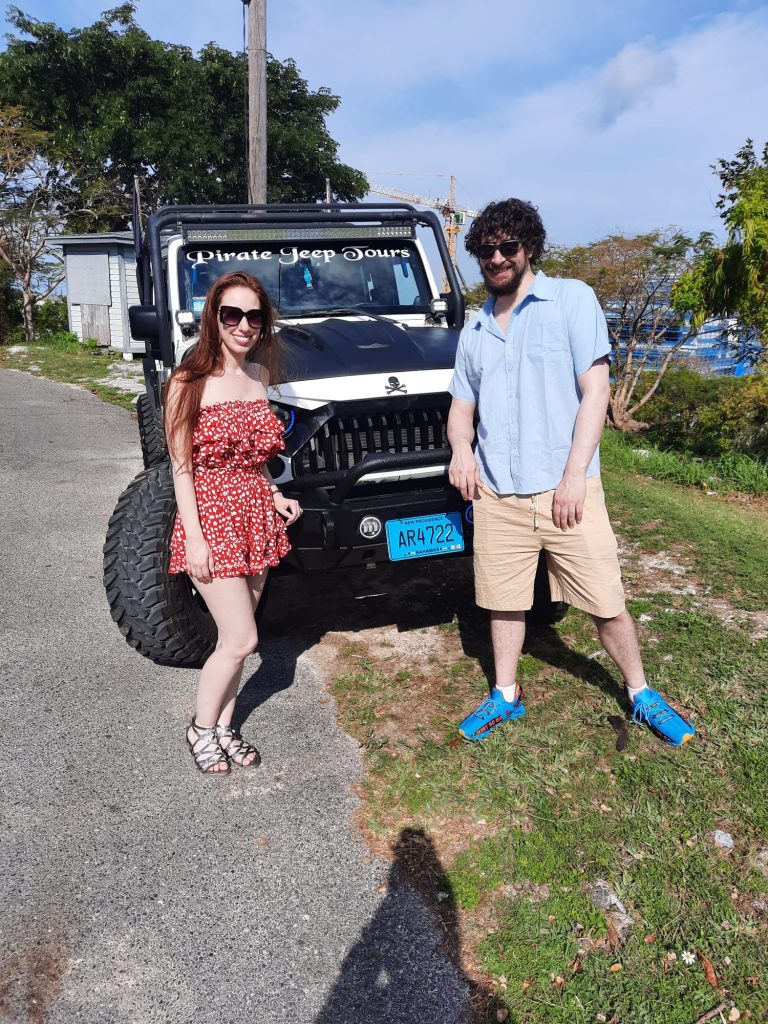 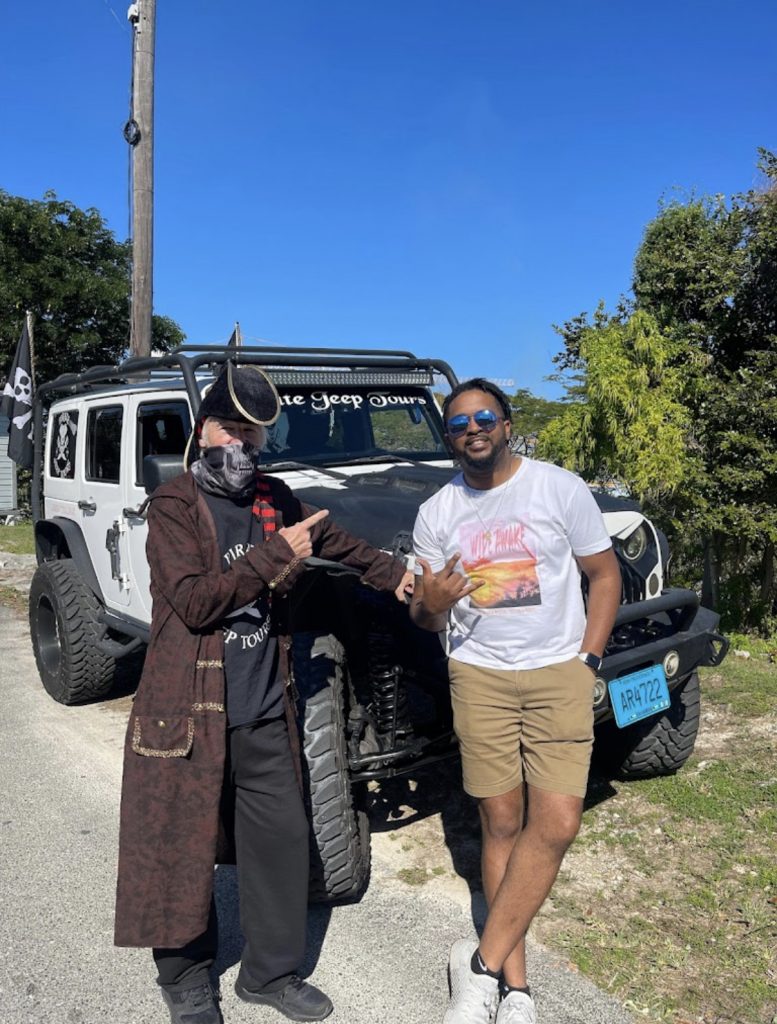 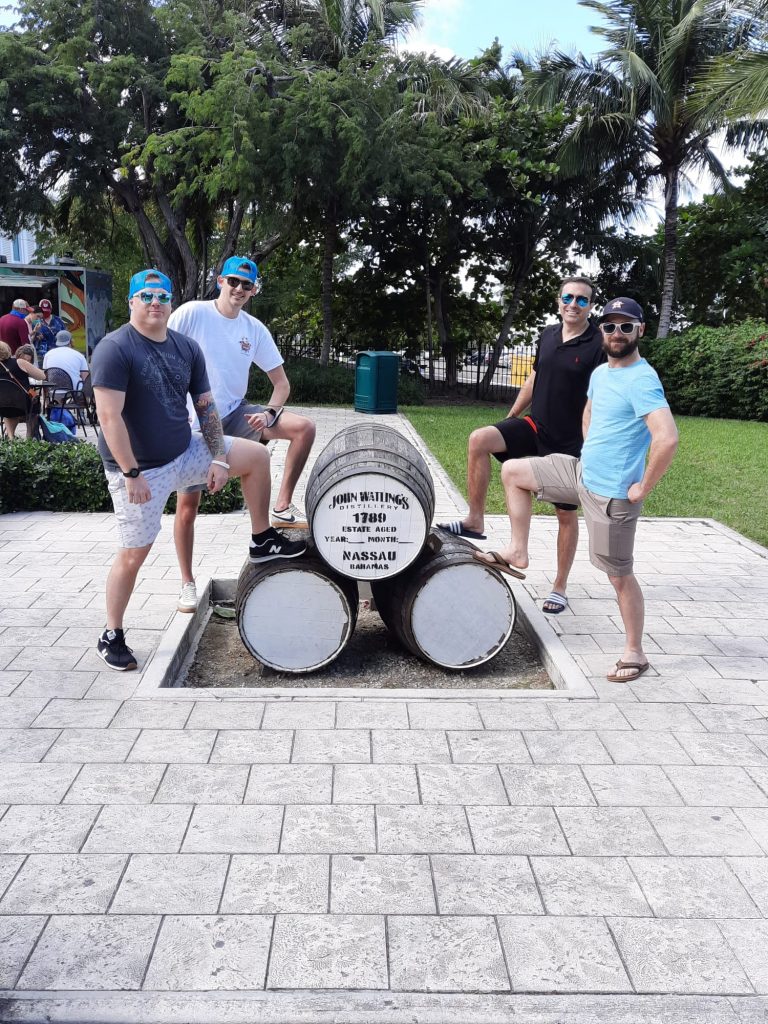 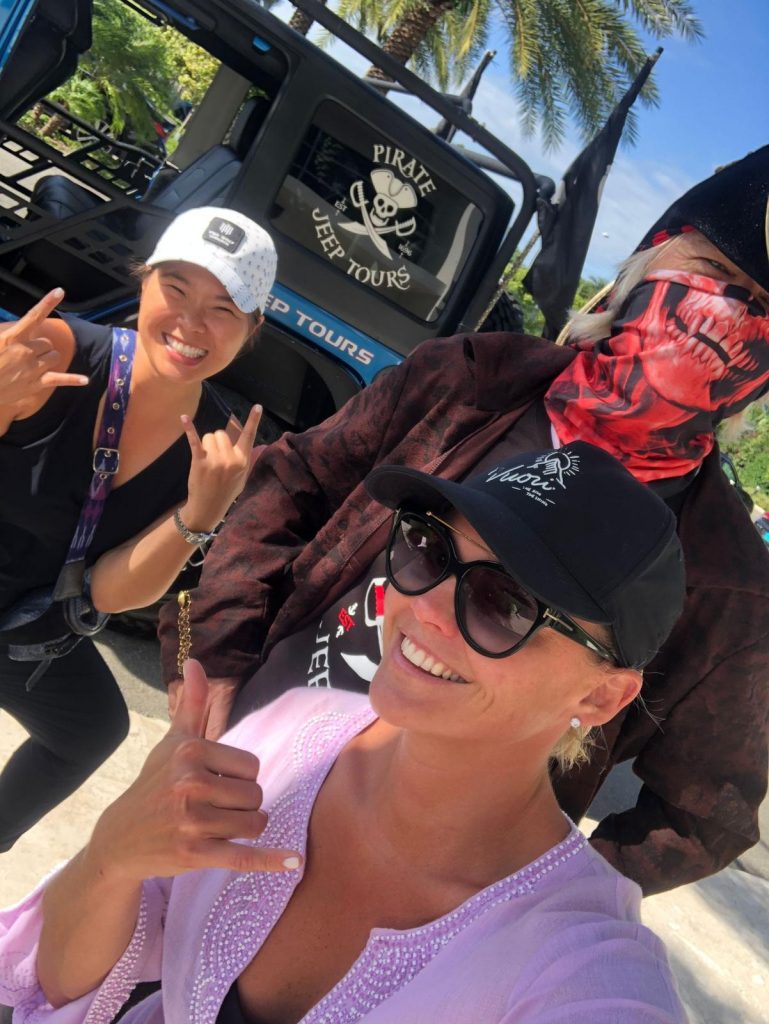 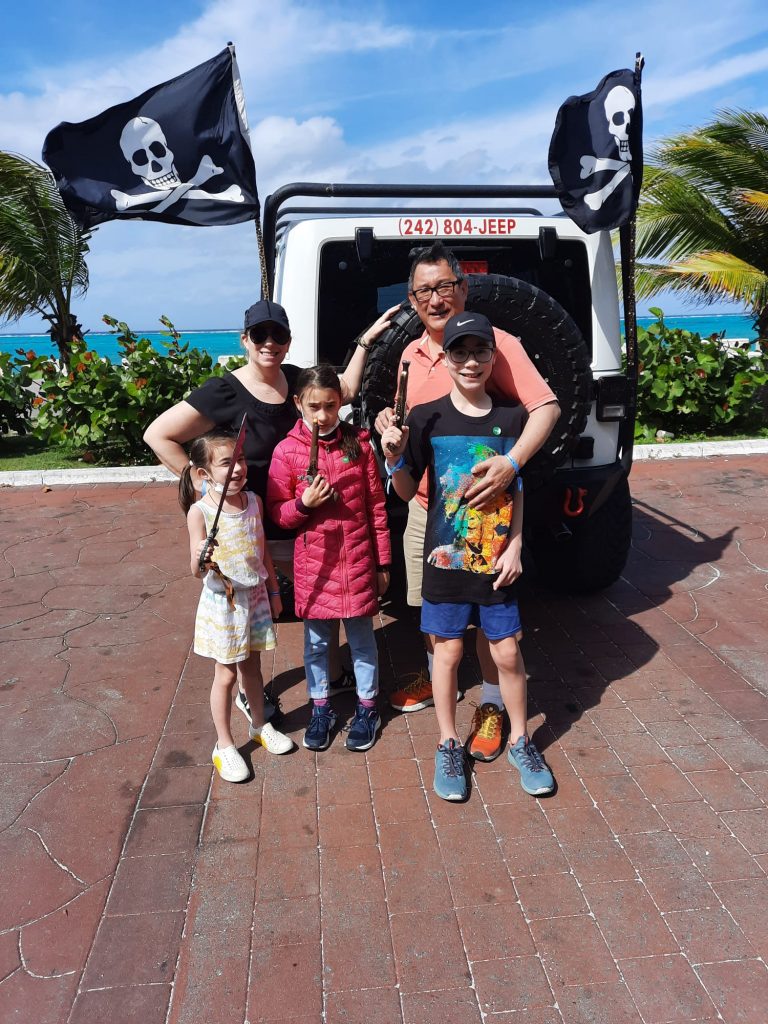 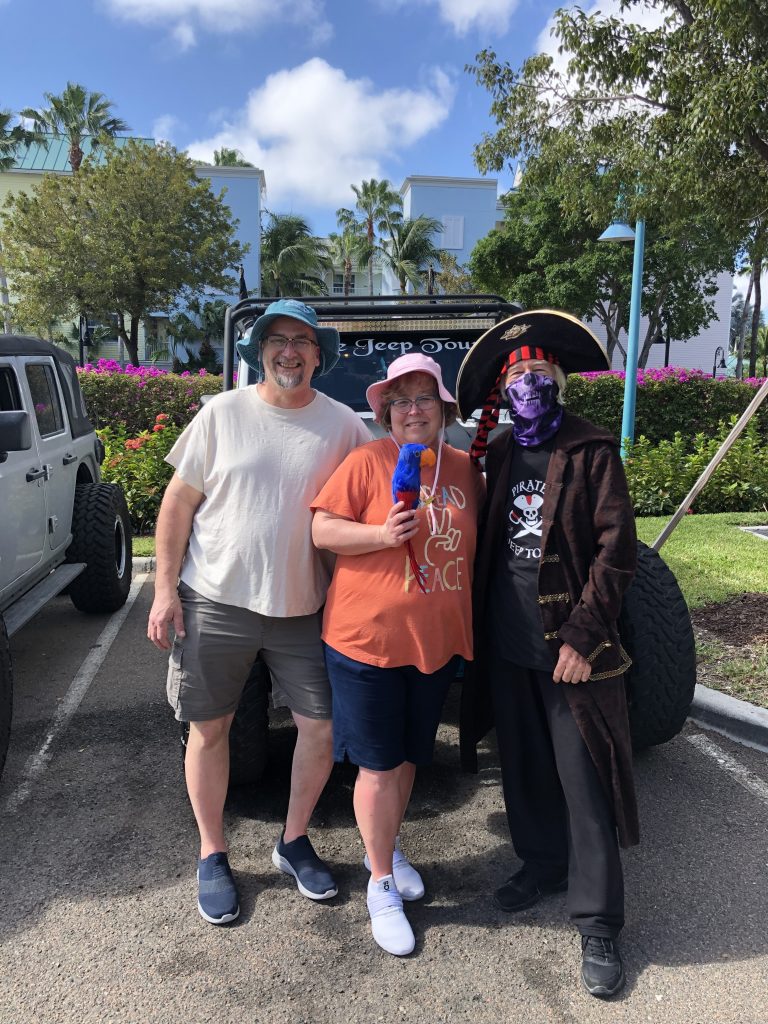 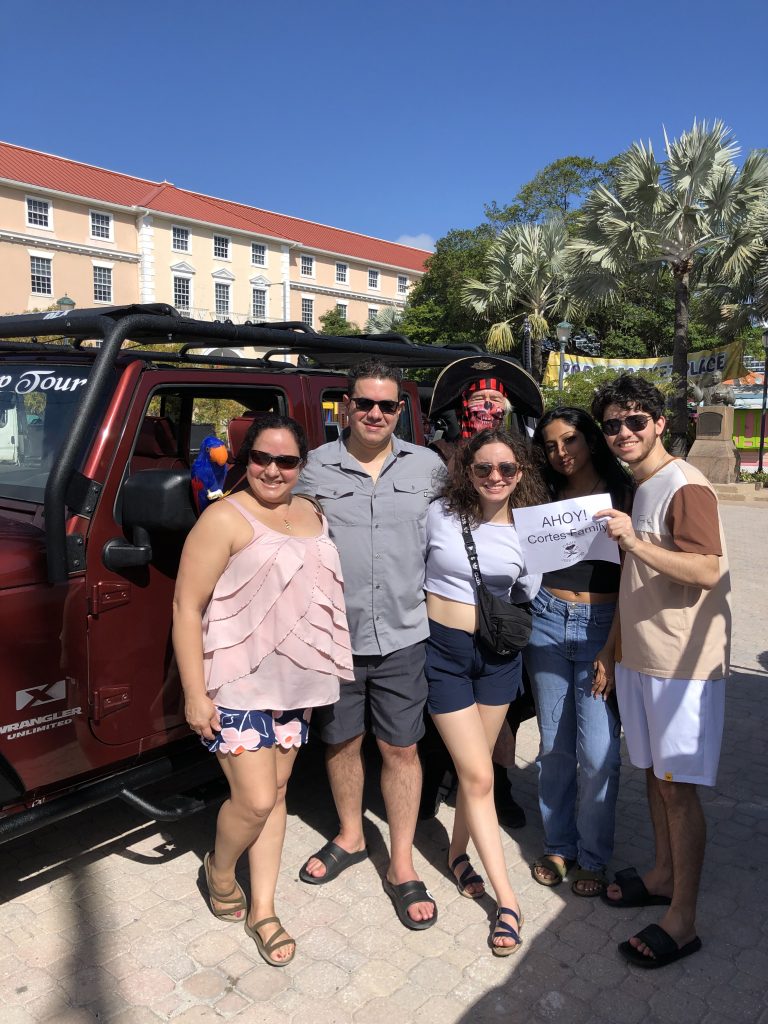 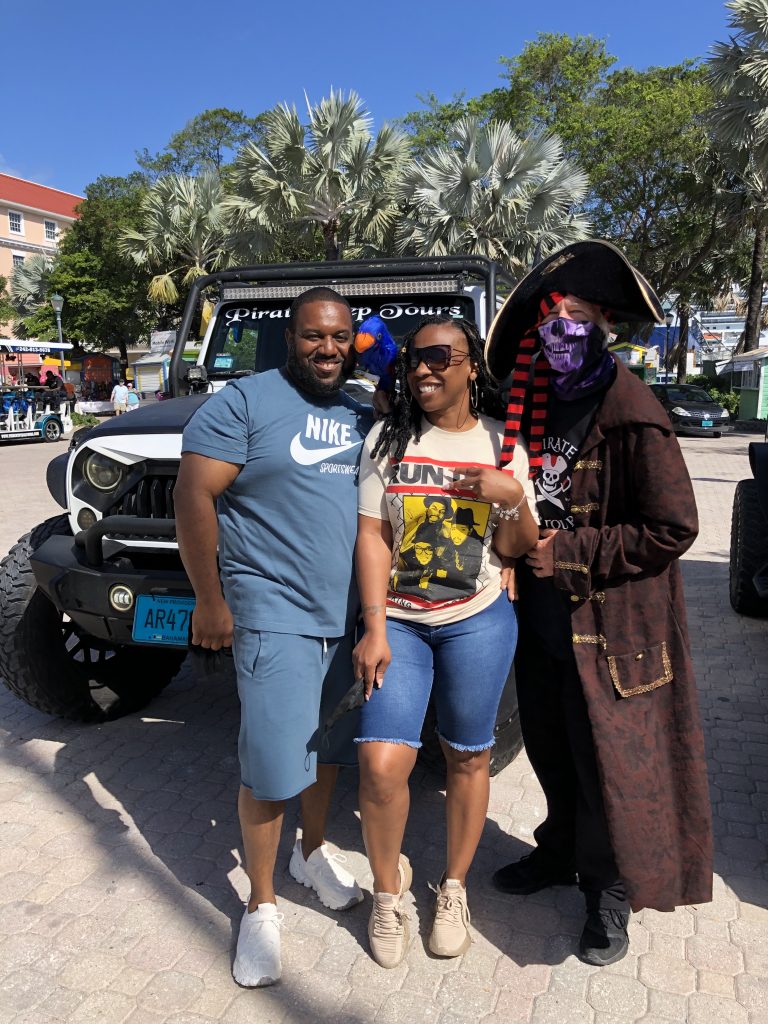 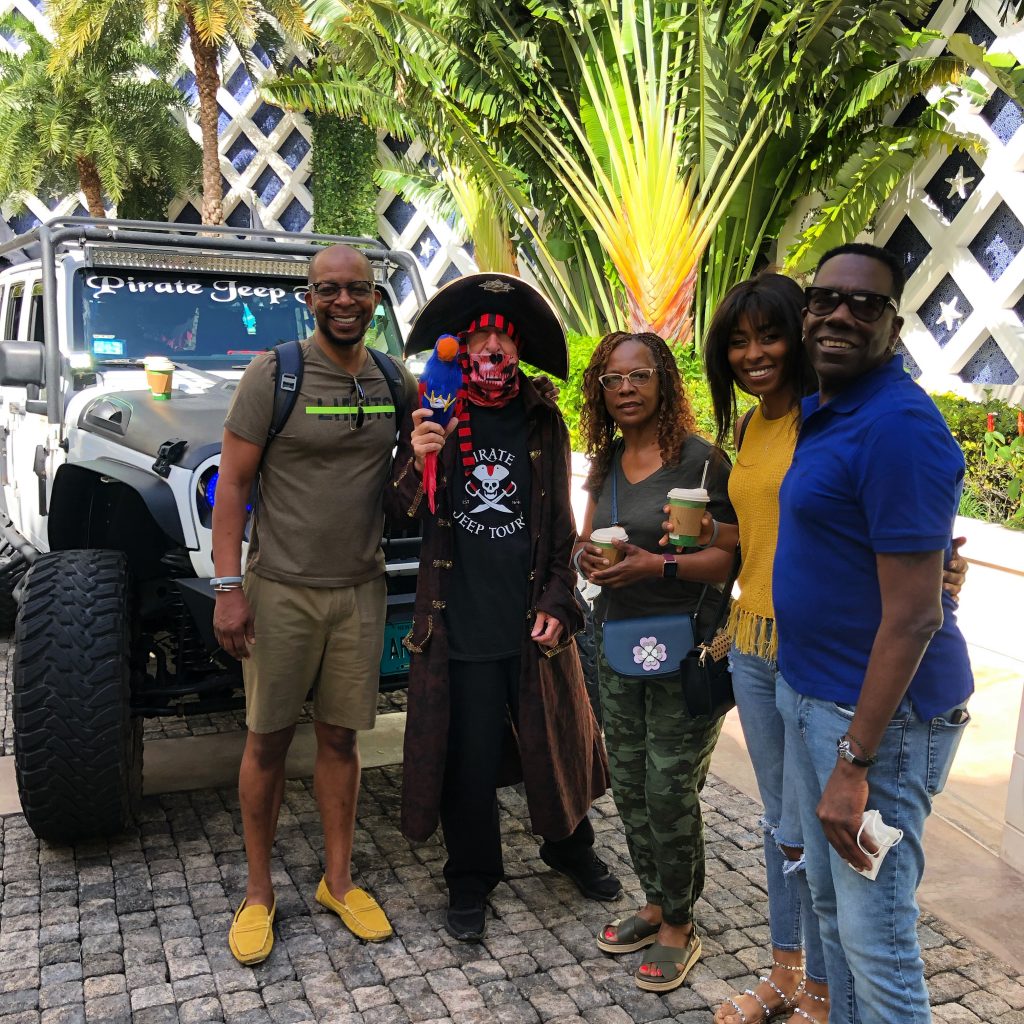 Pirate Jeep Tours
5.0
Based on 29 reviews

Vicki Losson
21:44 13 May 22
Captain Dexter picked us up at our hotel with his First Mate and trainee, Otto. They both have warm and welcoming personalities, and were focused on our comfort. They told stories about the history of the island as well as current events and politics. They took pictures at the sites, answered questions, and by the end I would count them both as friends.I was skeptical when the concierge suggested a pirate themed tour for a couple who is close to retirement age. I had guessed this was aimed at families with younger kids, but I was wrong. Dexter and Otto are both local guys, who love their country and heritage and are willing to share it with you for 3 hours, in a comfy jeep.

Cindy Henriquez
13:48 12 May 22
Excellent guide tour. cant remember his name either Drake, Derek. He was very fun. He ensured our safety, especially me being short getting me a stool to climb up to the jeep. He mad out trip well worth every penny. He took his time with us and made us feel very welcomed. Would absolutely do this tour again.

mayaa avney
22:12 05 Apr 22
We had an awesome afternoon with “pirate Dexter”Got to tour the island at a nice pace saw all the beautiful beaches and historic sites as well as visiting the caves and the forts. Some great views.Dexter taught us all the history of the pirates in the bahamas really interesting facts. He did this with lots of laughs along the way.Great way to spend an afternoon plenty to see and great way to travel around in the pirate jeep.We had a really enjoyable time.Highly recommend

Dava Bullard
21:52 26 Mar 22
This was a great tour! I thoroughly enjoyed the sights and stops. Although my friends and I were locals, John (our tour guide a.k.a Captain White Beard) enlightened us with many facts that we weren't aware of. Also, John was very considerate, hospitable and helpful. We were comfortable, engaged and were also offered non-alcoholic beverages to keep us hydrated. I would definitely recommend this tour for a mix of adventure and relaxation👌🏽

Melissa Frechette
01:05 23 Mar 22
We had an amazing time on our tour. We really appreciated being picked up at our hotel. My husband really enjoys pirate history and was excited to not only tour historical places but also homes and businesses of pirates that were still standing and in use today. Dexter was extremely knowledgable not only on piracy, but also the island's history. The tour was intimate and conversation flowed easily. We saw far more of the island in our 3 hour tour than we had our entire trip. It was also my husband's birthday and Dexter surprised him with a t-shirt! It was a highlight of the trip and I will be sure to let anyone know visiting Nassau that it is a must!Thank you for the memories!

Randall Hughes
14:04 16 Mar 22
We (family of 4) had an incredible time on the Pirate Jeep Tours. John was our pirate guide for the day and was extremely knowledgeable about the island. We were staying on the other side of the island in Palm Cay and they came right to our door to pick us up and start the tour. All of the stops were great and we got to see many different sights we definitely wouldn't have ventured out to see on our own. The bat cave was our first stop, which was super unique and John took us down in to really get the full experience. Our last stop was John Watling's Distillery where we surprisingly got to hang out with Dexter (John had another tour to start) and enjoy a tasty flight of fine Bahamian rums with a tour of the distillery. This was an awesome experience my family will never forget! I highly, highly recommend it!

Amy Maurer
15:41 01 Mar 22
We had a great time on our tour! Pirate Jeep Tours was very accommodating, friendly staff and very knowledgeable on local history. It was fun riding around in those really cool jeeps.

Daryl Tan
12:48 19 Feb 22
John aka captain white beard was fantastic with great Knowledge on the island as well as the history of the private. He was very patient and took time with the little ones .He made the tour easy as he knows when to drop you off and pick you up . All his suggested places were wonderful eg queen staircase and the distilleryDexter was nice on the phone and courteous .They both made our trip wonderful .Great tour / excursion if you are in Bahamas !

phil torsiello
23:54 25 Jan 22
Awesome tour! Our guide was personable and kept things interesting during our time. I will be doing this again when we come back!

Kriston Moore
14:12 25 Jan 22
Great tour!!! A fun experience and definitely worth adding to your list of things to do in Nassau. Tour guides are fun but professional, would absolutely do this again.

Nicholas Lane
19:04 22 Jan 22
This has to be one of the best tours in Nassau. It is worth every penny. Highly recommend this to anyone, no matter the age.
‹
› 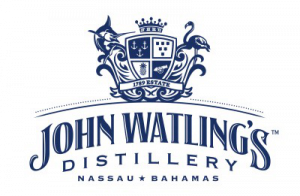 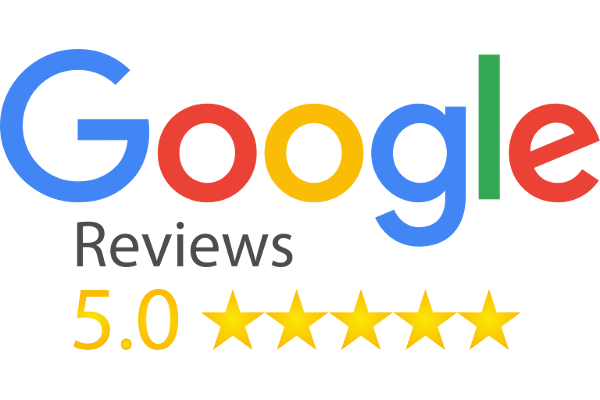